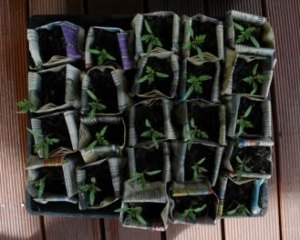 Above: Red and Yellow Cherry Tomato seedlings from last summers favourites transplanted into pots for further growing out before either planting once space becomes available or for giving away.