What a wonderful find in the garden today. While topping up the pond water I discovered the first of the tadpoles is now a frog. There are more too. So the little batch of taddies that were only introduced the other week have successfully become frogs – those that survived anyway.
The smaller tadpoles are doing fine in the top pond. The back corner is becoming quite lush now that the easterlies are starting to ease (although the sun has been pretty fierce during the day) and I am hoping that it will become a suitable environment for the frogs to make their home and stay in the garden. We shall see.
The other find, early this morning, was by my wife who went to check on Tuulia. Two little kittens were born during the morning. Both tan and cream in colour with pink eyes. So we are fairly sure they aren’t Sami’s kittens (who is black and white) and Tuulia instead became pregnant before they came to live here. Which is what the woman selling them suspected. 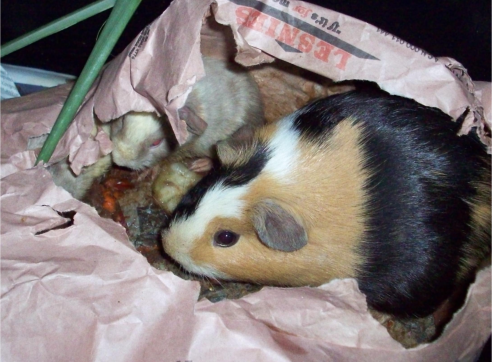