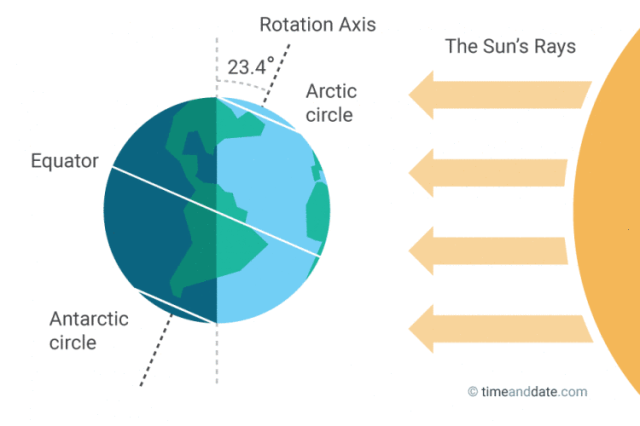 Today marks our Winter Solstice in the Southern Hemisphere. To the North, it is of course the Summer Solstice. For this dualistic occurrence it is probably more appropriately termed the June Solstice as it falls between the 20th of June and the 22nd of June each year. The reason for this variation is due to the adoption of the Gregorian Calendar which is in use in most western countries and features the variation of a leap year every four years adding an extra day – being February the 29th. The next Leap Year will be in 2020.

The June Solstice usually occurs on the 21st of June each year though in 1975 it fell on the 22nd and will not do so again until 2203!

The June Solstice is a reminder of the Inclination and Declination of the Suns movement between the two extremes of our Arctic Circle and Antarctic Circle. It is this movement that gives us our variations in seasons, particularly those closer to the Poles. In the Tropics there is less seasonal variation. 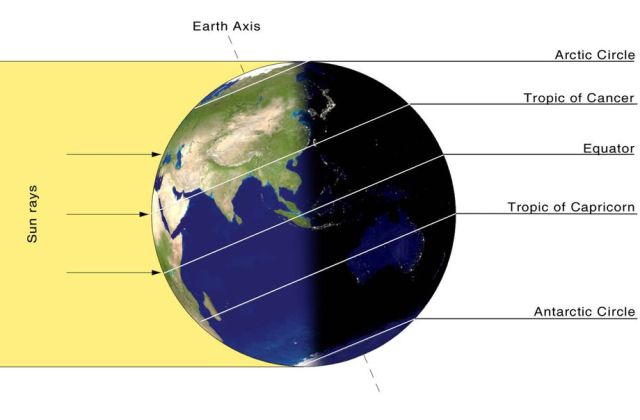 Solstice is derived from sol in Latin – meaning Sun and sistere, meaning to come to a stop or stand still. On this day of the June solstice, the Sun has reached its northernmost position, as observed from the Earth. At this time, the Suns stands still. Its zenith does not creep any further north or south as during most other days of the year. Poised at the Tropic of Cancer for the June Solstice, it will soon begin to reverse its direction and decline southwards for the December Solstice, being the furthermost point on its zenith south.

Though our daylight hours are shorter here at the moment, from previous experience they always seem to get darker after the June Solstice, despite the fact that they are technically becoming slightly longer. It’s almost like a delay occurs. I have schedule this particular post to appear on the blog at 18:07 in our local time. Apparently this is the ‘precise’ time of the actual June Solstice. The Standing Still is happening!

I am on a journey with my family to transition as closely as practicable to a state of self-reliance in suburbia. I practice permaculture principles in our house, garden and community. We are on the southern coast of Western Australia. To our north is the rest of the world. To the south, Antarctica.
View all posts by Petit Paradis →
This entry was posted in Observe & Interact, Use & Value Diversity and tagged Albany WA 6330, environment, June Solstice, nature, observations, permaculture, Petit Paradis. Bookmark the permalink.