Google Maps won’t show you a birds eye view of the bushland that was once Joondalup. What is today a northern suburbs metropolis of Perth, was once coastal woodland quite typical of the Swan Coastal Plain. This is how I know I’m getting older.

There is however a set of photos of Joondalup to give something of a comparison here.

I have early memories of traveling into the coastal woodland with my Dad as he harvested the fronds of Zamia Palms and piled them into our dark blue Holden Kingswood Wagon. I know that objects look bigger when you’re a kid, but the Tuart and Marri trees seemed much taller than most you see in the suburbs these days. The closest I know of are probably the few stands that can be found in Kings Park. Nonetheless, I remember that it was dark and shaded in that woodland. Not what you would find in areas like it today.

Once home, my Dad spread the fronds out over our battened pergola to add a bit of temporary shade to our backyard. I guess they lasted a couple of years and I remember him remarking about the high quantity of cockroaches in amongst them. Either a reason to remove the fronds and replace them with the newer polycarbonate available, or perhaps in making way for the polycarbonate sheets. 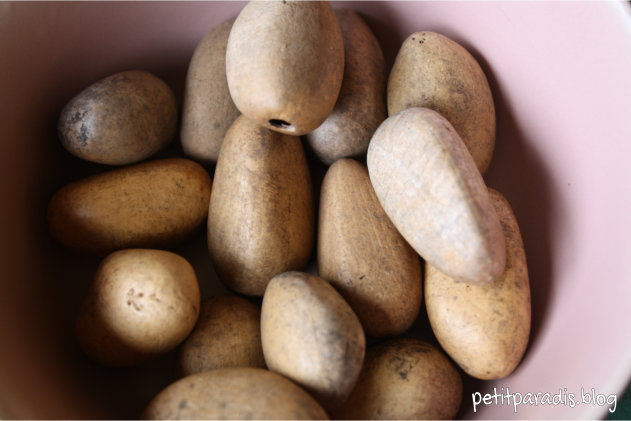 When we visited the forests of the south-west recently I spotted some Zamia palms in my efforts to share some of our local vegetation species with a visiting friend. It occurred to me how it had been decades since I’d come across a ‘zamia nut’ and I wondered if there were any  mature palms around.

Shortly afterwards, in an area of cleared forest I found one. Then when I showed it to the Little Fellas they soon ran off and returned with several more. They had seen them, but wrote them off as ‘old potatoes’ and never bothered with them. I kept looking and soon had a decent bowl full. Recovered from cleared forest, probably years ago.

This is a photo from Wikimedia Commons of our local King George Sound here in Albany c. 1801. In the left hand corner is a Macrozamia reidlei. 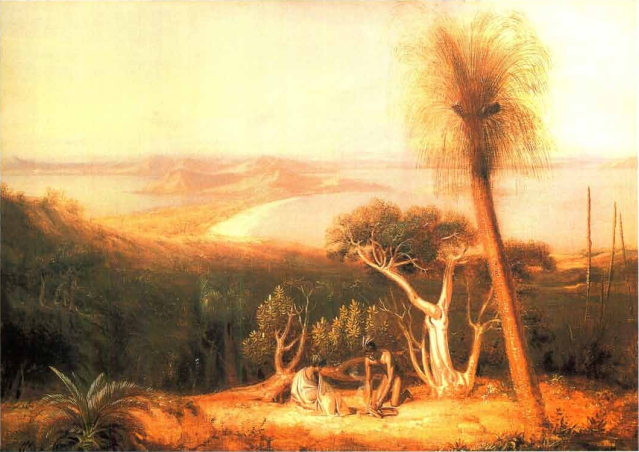 Curious as to whether these nuts would still be viable I returned home and did a little research. It is suggested that the nuts are kept moist for 12 – 18 months to initiate growth. The best and most consistent method I can think of is within the worm farm where they will not be in danger of drying out or getting too wet. 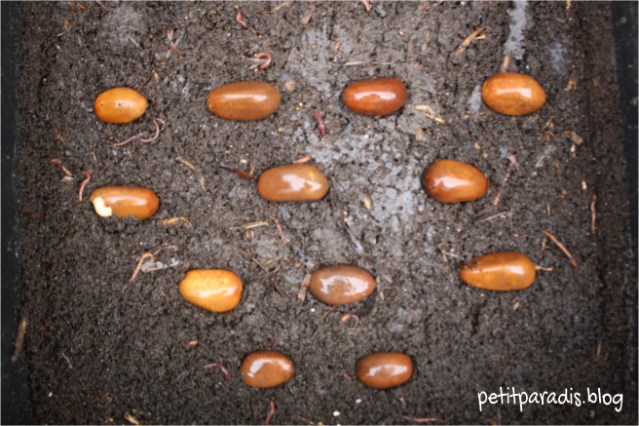 Soaked and placed into a tray in the worm farm. My son managed to crack into one of the nuts and the kernel looked extremely fresh. Local aborigines would not eat the nuts or surrounding flesh without processing and fermenting.

Australia – So Much to See

I am on a journey with my family to transition as closely as practicable to a state of self-reliance in suburbia. I practice permaculture principles in our house, garden and community. We are on the southern coast of Western Australia. To our north is the rest of the world. To the south, Antarctica.
View all posts by Petit Paradis →
This entry was posted in Creatively Use & Respond to Change, Use & Value Renewable Resources & Services and tagged Albany WA 6330, environment, gardening, nature, observations, permaculture, Petit Paradis, resources, Tillellan. Bookmark the permalink.