The Re-Invention of Real Food 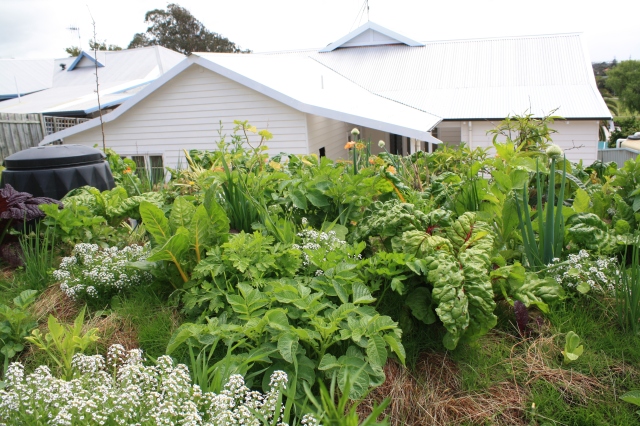 My generation – Gen-X – and subsequent generations have been raised eating food from a can, a glass jar, a packet of powder mixed up and microwaved. Or from various fast food outlets and some that pretend not to be fast food outlets.

When you see this stuff as a kid it becomes a part of your normal life. Your frame of reference.

We don’t question the source of our knowledge enough. I think because we don’t perhaps want to know the truth. The real answer. The not so common knowledge. The inconvenient truth – you could say.

In our house I have found myself having to create the distinction with my boys between Real Food and Not Real Food. It’s like re-inventing real food. The very food that has sustained our ancestors for thousands of years. Unfortunately it has been necessary to educate our sons as to what is going to fuel them, what is a treat, and what is probably best not even considered. Both our boys have been taught to differentiate between regular food and real food. A recent dinner table conversation with them confirmed that it has worked to some extent.

The Mini-Me’s   “Junk food , snacks, sweets – most everything that Gran eats, party food is not real food, chips”.

“Sausages are better than pasta, because pasta has a lot of salt in it. And its not gluten free!” says Mr T. I think they understand the packaged food concept.

I wonder, whether each consecutive generation that challenges beneficial change just gives up eventually and then has simply embraced convenience. I get the convenience of food, but the quality of our food takes precedence.

I think most modern parents are still not getting it. Most grandparents certainly don’t. There is a world of difference between our childhoods and the influences and effects of today’s society and food quality, on our kids. I’m not going to get scientifically-speechified about this but “People Care” is one of the permaculture ethics and this is a real fail from my observations.

Awareness clearly isn’t enough in this instance, because I see people that are aware of vital information that carry on regardless. WHY?

I can only think it is because we are so rushed, hurried and in dire need of convenience that we choose the easier option and instead try to find ways to justify the decision by trying to kid ourselves with…

“It’s not a regular occurrence.”  or “You have to live a little.”

Does a little of a bad thing make it a good thing?

I know its not clear cut and easy. There is a very clever trap of having Real Food made from Not So Real ingredients such as GM products or convenient commodities such as corn, rice, soy and wheat. I have resisted the temptation to call them food sources after reading Against the Grain by Richard Manning.

Real food and its source has been on the lips of many celebrity chefs over recent years and its working on the kids, finally. I think it’s the adults that need a good hard look at themselves now.

The Mini-Me’s get it: “Real food is chicken, sausages with lettuce, beef, carrot, asparagus (asparagus? Not even I know where they pulled that one from..) pumpkin, potato  – grilled potato, round potato, turnips, peas, radishes, sprouts, peaches, apricots, fruit salad.”

I suspect there is a Peter Rabbit influence occurring here somewhere.

Not-Real Food is, according to our kids : lollypops, Kinder Surprises, fairy floss, bread, fairy bread,  and from the eldest…

And just to confidently finish with another real life example of kids understanding where food comes from, here is a backyard conversation between our youngest and his Mum this morning.

Mrs PP : “Look at the chooks. Poor chickens, you frightened them! Say sorry.”

Mr T : “Hey! Lets eat the one that’s the most frightened!” 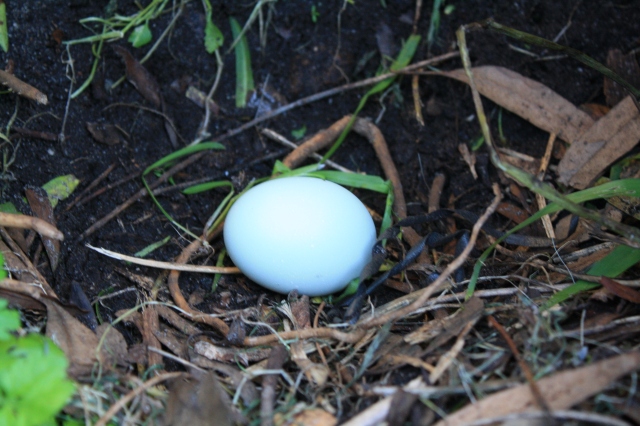 I am on a journey with my family to transition as closely as practicable to a state of self-reliance in suburbia. I practice permaculture principles in our house, garden and community. We are on the southern coast of Western Australia. To our north is the rest of the world. To the south, Antarctica.
View all posts by Petit Paradis →
This entry was posted in Self-Regulation & Feedback and tagged Against The Grain, Albany, animals, backyard gardening, children, food as commodity, food security, kids, permaculture, Petit Paradis, Richard Manning, Tillellan, vegetables. Bookmark the permalink.

2 Responses to The Re-Invention of Real Food