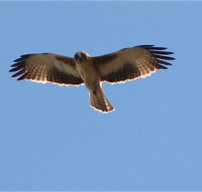 What a month. The entry of Winter and with some decent rain showers and the occasional hail it asserted its arrival. We’ve still had  some wonderful sunny days however. From Sunday the 8th of July to the 12th we had beautiful, sunny weather. It was like summer had arrived. A real taste of summer. I  made some progress on the raised garden beds and the plans have altered a little given the slope of the block. Still, the base design for the garden is on track.

And the soil is looking good. This afternoon I made like a bandicoot and dug some new potatoes from the raised garden bed. The soil is looking fantastic. Dark, friable, and easy to dig into for potatoes. Gran was quite delighted at the dinner table with her soft as soft, fluffy centred Pink-eyes with butter.

The garden has greened up and put on some great growth. We have benefited by a bounty of salad greens (lettuce, kale, mustards, bok choy, rocket, baby silverbeet leaves), broccoli, spinach and various herbs. I have been filling a large basket of salad greens most days to have with dinner and to take to work for lunch. The broccoli is a real surprise. Over a couple of weeks I picked some lovely broccolini-like florets from our plants. In return they pushed out a couple more. Then some more. I made a fourth harvest, expecting to leave it at that and just let them go to seed and within two days they had replaced enough for another side-dish for our meal. I was astounded when they pulled off the same trick another couple of days later. This evening, again, there are more ready for tomorrow nights dinner. 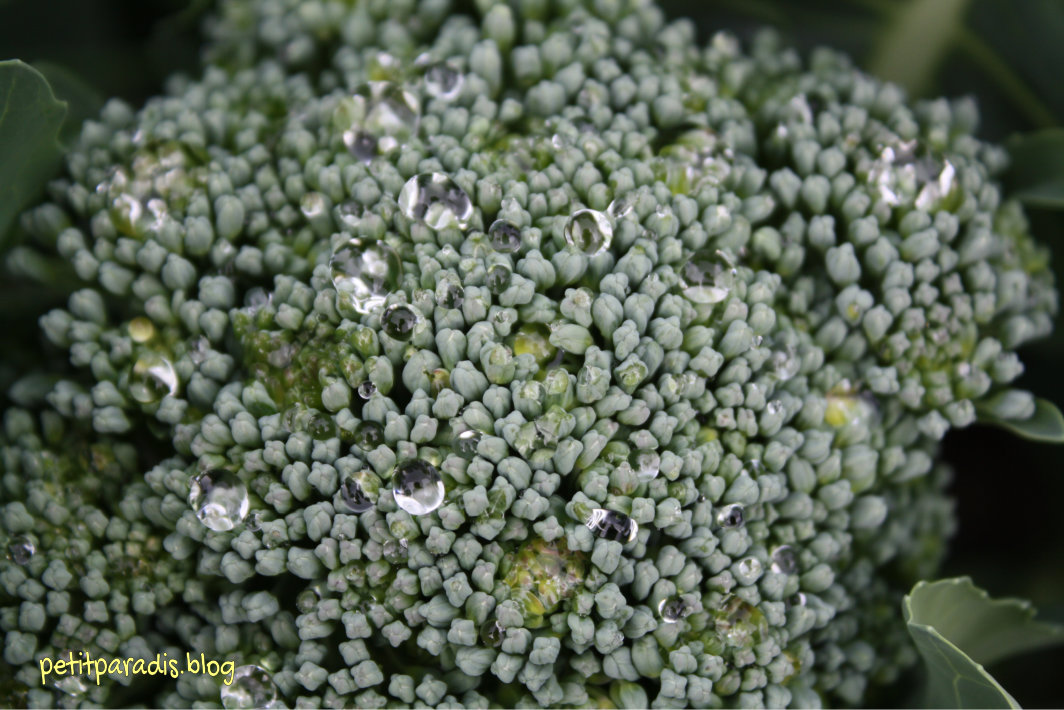 In the ground we have potatoes of various sorts, plus sweet potatoes, broad beans, fava beans. I am keen to get a large bed ready for the summer as soon as possible to allow it to break down and settle in. Plus, to get rid of the kikuyu grass that has taken over to some extent in the meantime. For the moment, and after a recent evaluation of the ground I will garden with the grass. Any grass runners that are in the way get uprooted and fed to the rabbits and guinea pigs. I mulch over other areas and once the last raised bed wall is properly supported and complete I will look at overhauling the garden in its entirety. In the meantime it is providing so much for the table that I don’t want to upset things.

Following on from the yellow jonquils which began to appear last month, we now have some cream/white jonquils flowering with intense perfumes. We have more pots of them than I ever remember potting up. Clearly I was too busy to take much notice the last few years before moving! We have a nice quantity to get us started though and some irises from my Dad after he divided the plants in his garden.

The Southern Cross has moved significantly across the sky. It was just east of us, over the garden when we moved in early in the year and has now moved to the western side of the house. Over the last month or two I have grown further intrigued by the movements of the sun, moon and constellations. I’m not sure why. I have shed a lot of stuff recently. Physically and mentally – and perhaps I am just allowing myself to nurture the things I held precious in my early teens. Occasionally, the lunar cycle fascinates me as I sit in the sauna and watch the moon rise over the tree tops. I did not see the recent blood moon. The pictures I have seen on the net are amazing. There was too much cloud cover here, and when it comes to things in the sky above I figure that if I’m meant to see it – I will. And when it occurs I will cherish it. Often times I simply find myself looking at the moon and being very grateful for its beauty and tranquility. Especially on early mornings.

Even before the month arrived the frogs were moving away from the little pot ponds we have scattered in the yard, and venturing into the garden. Now and then we hear the odd ‘croak’ or ‘chip’ but it is difficult to place its position. Our bird list continues to grow – which is expected throughout the first year. It is interesting to see what appears and when, through what circumstances. For example the Wedge-tailed Eagle flying over the block with accompanying cockatoos and ravens. 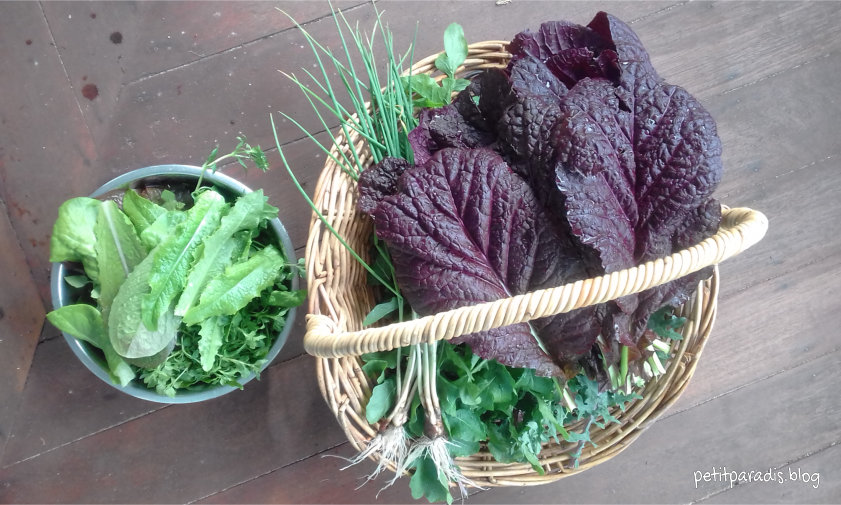 At the beginning of the July we jumped from three rabbits to four rabbits and 6 guinea pigs in just a matter of days as the appeal went out to re-home any guinea pigs that had out-stayed their welcome. I initially had them quarantined from each other in the pairs we received them in. We lost one male. Over the weeks they have been moved out over the kikuyu to eat it down and make it a little manageable. This they have done quite well. In the absence of chickens I have been surprised as to how well the guinea pigs have eaten the grass down. In just a day or two they can (in pairs) removed most of the grass from an area under their average size hutch. I speculate also that what they don’t manage to eat down simply dies due to the concentration of their manure and urine.

Around the 22nd of July, our water tanks overflowed. A happy occasion as the overflow (as designed) spilled into one of our top swales and was well contained. Allowing all that excess water to slowly sink into the landscape. This is a special event because aside from the fairly steady rainfall we have received recently, the overflow from the tanks spilling into the swale will quicken the transformation of the landscape in our backyard. It is the start of an increased ability to create a diversified landscape with diversity of plants and animals within it. I was not home for the occasion, but was awaiting its arrival as the previous day the tanks were at the top, full and ready to flow over. I knew one more triggering of the pump below the house to empty the tanks there would push it over.

In tidying up the garden at the other house I have packed feed bags full of ‘weeds’. These have been added in a thick layer to areas of our garden here. I took the opportunity, as usual, to lay out some of our paper ‘waste’ and then mulched over it. The soil nearby is looking good also. It is the beneficiary of the mountains of waste products I piled on it last Spring. Much of it has decomposed down to form a good topsoil. To think that it was boxes and boxes of paper, cardboard, old clothing, tree mulch, horse manure, containers of soil used as mini worm farms and compost bins. And not to forget our kitchen scraps!

Today I was sore, tired, nursing a headache and accompanied for the better part of the day by an incessant voice in my head sounding very much like Little Fella No. 2.

Anyway, I had a lovely day – though I did work quite a bit at the other house as I get it ready for the cleaning crew next week.

So I went to the park this afternoon to get out of the house with Little T so that Gran could have her medical/house assessment done with some quiet and dignity.

I lay down on the grass. There was a lawn mower making noise. That suburban chorus of industry and order.

Despite the cooling down over the last couple of weeks, the leaves have really only shed their leaves in entirety the last week or two. The Chill is expected soon. Despite an incredibly sunny, gloriously warm day there are forecasts that it will snow soon on the Stirling Ranges to our north.

I pulled my cap further over my face and lay on the grass. There was a happy, casual caroling of the magpies. Worm castings, dark as chocolate, dotted the grass around me in as though forming a constellation. I could feel a subtle coolness across my should blades and buttocks, coming up from the earth and the grass. It wasn’t wet, just refreshingly cool. A slight breeze tickled across my face and arms, though my skin was warm from the sun.

Above me I caught a glimpse of the Little Eagle gliding slowly, so slowly across the blue sky, high above. It veered over to our house and then up the hillside, over neighbouring houses. If I listened really carefully, ignoring the lawn mower, the magpies, the kids playing, I could hear the trickling of water in the storm water drain a few feet from me, that passed under the grass through the concrete pipe work.

I checked on Little T, playing happily with new friends. The Kestrel than made an appearance in the absence of the Little Eagle. It hovered excitedly over our block. Perhaps teased by the sight of a guinea pig breaking from its shelter. They are fully enclosed, so there is no danger there.

A reflection on things. . .  Despite living across the street from a veritable sea of grass, I have not made the opportunity to kick back and float across it too often. And given my reluctance to position my person in public bars and sports clubs I should perhaps take up grass-floating more frequently.

As it happens, I have fond memories of absolute moments of bliss, just laying on grass. The pinnacle of my experiences has so far been laying under a shady tree in Little Rock, Arkansas. The grass was cool, the air was warm. It was mid July, as it happened, and I was watching two squirrels chase each other up and down the tree trunk and limbs. The world was at peace,  and as I recall it was mid-morning on a Sunday.

I remember the waking up. I had no concept of how long I had been asleep but I felt blissful. Content. Peaceful. Refreshed. Perhaps it was along the lines of what folks refer to as ‘grounding’. I am not sure. But I cherish that memory and would love to return to that state more often.

Bliss, that is. Not Arkansas. Though I enjoyed Arkansas.

So, I think for now, this captures the observations for July. We are gradually eating more and more from the garden. We are real close to knocking off salad greens, leafy greens, and potatoes from our weekly shopping list. It is exciting – and at this stage much of it is coming from containers and the front garden which was casually anointed with a variety of seeds shortly after we mulched it. It has been providing for us well.

And so, for now I sign out with the Waning Moon. When I wake up it will be August. Time to start gearing things up.