This follows the post on the National Australian White Ibis Survey running this week. 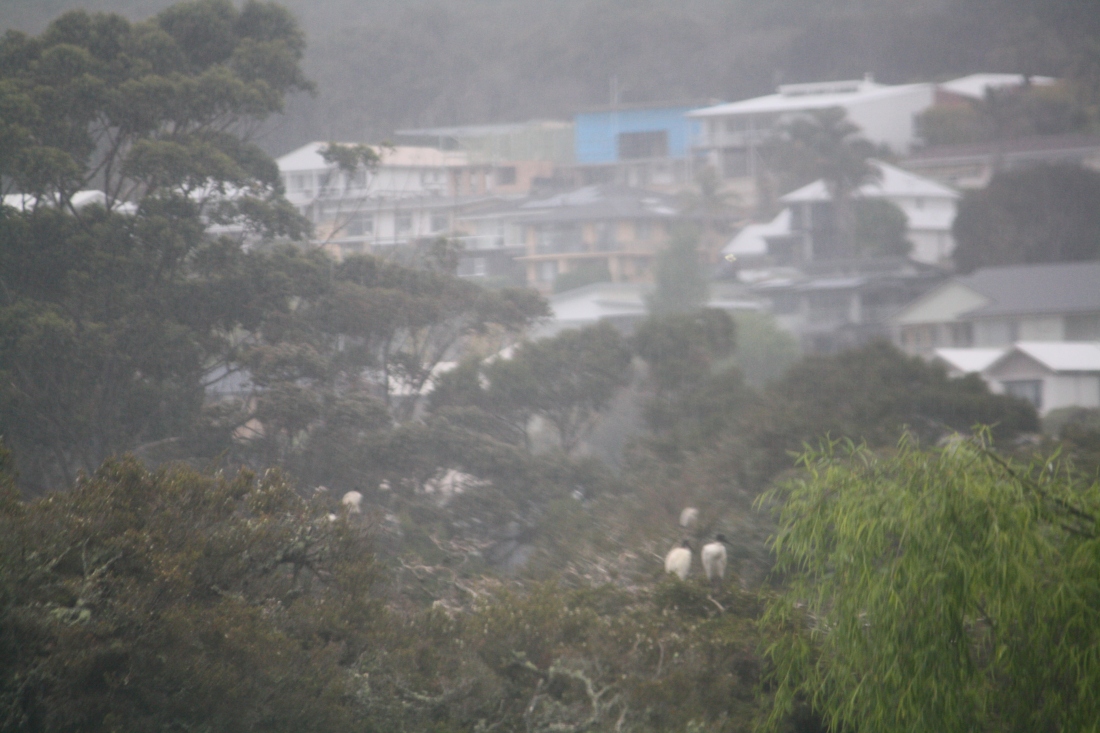 The boys and I were up early this morning. Nothing unusual about that really. Although a lone bush walker met us on the path to our morning outing and made comment.

“How did you get them up so early?”

“Trust me, they are up early anyway!”

We did a quick visit to Lake Seppings for a White Ibis survey. As I suspected, there were quite a number of ibis at the swampy end of the lake. I am also guessing that they are breeding here  as I observed an ibis flying over houses in town a few weeks back with sticks in its bill. It was heading in the direction of the lake here.

In the background of the above picture you can get an idea of the proximity of houses to the lake. At one point during the early to mid 1900’s the lake area was used as a local rubbish dump. It was not until the 1970’s that it was looked upon as a waterfowl reserve of some importance and amazingly it took until 2000 before mention was made of restoring the lake to a resemblance of its former glory and bestowing it with nature reserve protection status.

At a rough count we got 53 ibis in this particular area before a rain shower. I like surveys such as this as they give a better understanding of where particular species are congregating and how they are interacting with urban areas. Just as the bushland at the top of Mount Adelaide constitutes our permaculture Zone 5, this wetland area could also be regarded as part of our Zone 5. Fortunately our new house will be sandwiched between the two areas giving us good access to areas of wilderness close to the house.

For more on permaculture zones you can start here.

The Australian White Ibis was formerly known as the Sacred Ibis. For the details of why some Australian bird names have changed click here.