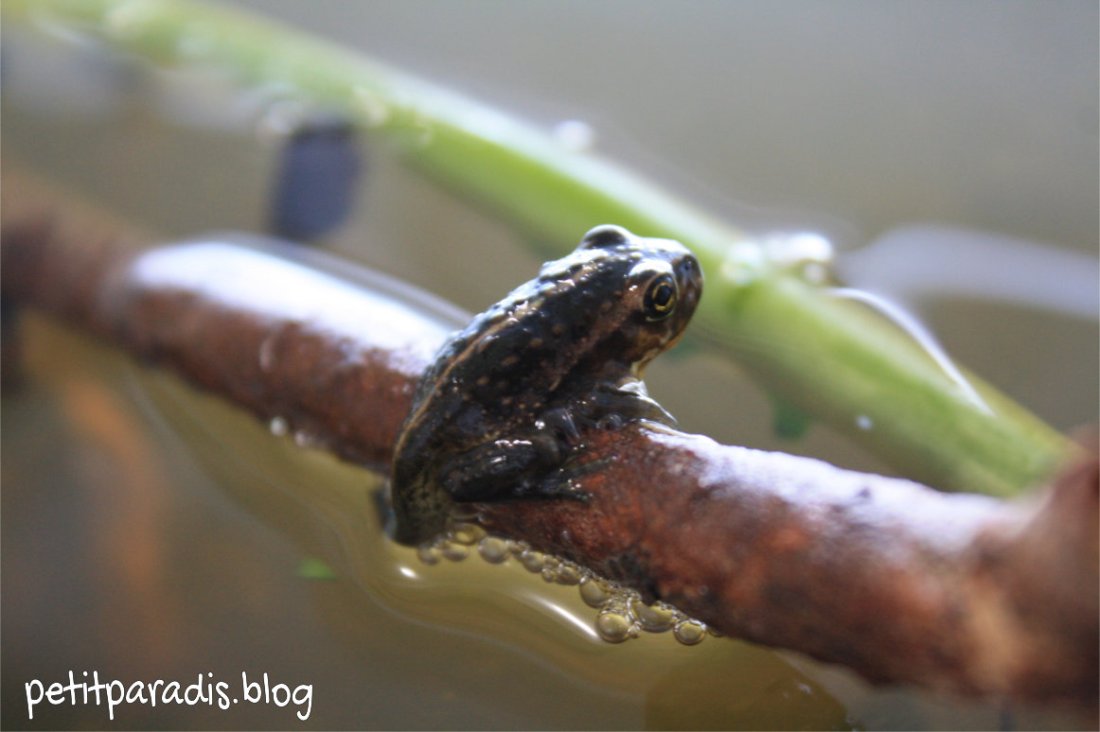 The tadpoles are emerging from the water. Though still froglets with diminishing tales they are climbing onto the newly added sticks in their little, table-top aquarium.

I was surprised by two things that I had quite forgotten about since my childhood.

1) That they are such big tadpoles and then they become a rather small froglet in comparison to their former tadpole self. No doubt utilising all that extra flesh and padding to grown stronger bones and muscles for land movement. And

2), just how small they are in comparison with the adult frogs that are in the garden. The adults are like twenty times larger! 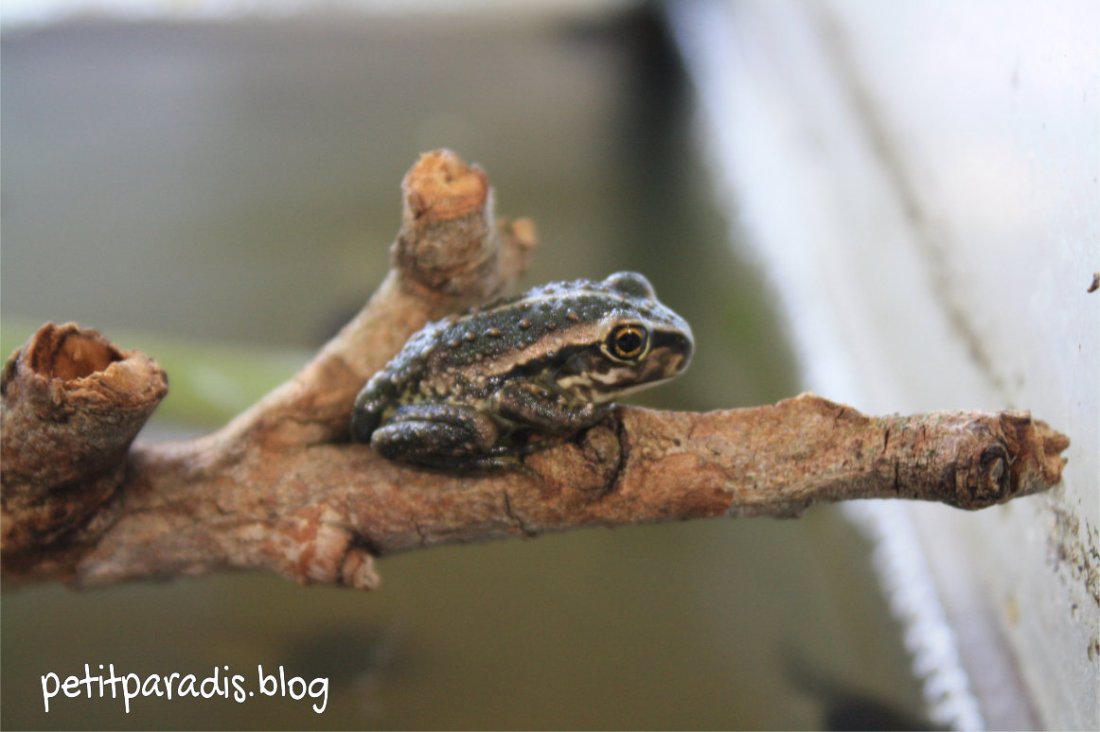 But they make the most elegant little creatures when they start to form up into their froggy selves. This one pictured above would easily sit on a five cent piece or a US penny.

Meanwhile, in the garden, the adult frogs are fat on bugs and contentedly laze around the pond in the shade of the ever expanding waterfall of Lebanese watercress and Gotu Kola. Don’t be fooled though. They are nocturnally very active and it’s almost taboo to go into the garden after sundown for fear of treading on a frog as it goes about its hunting. 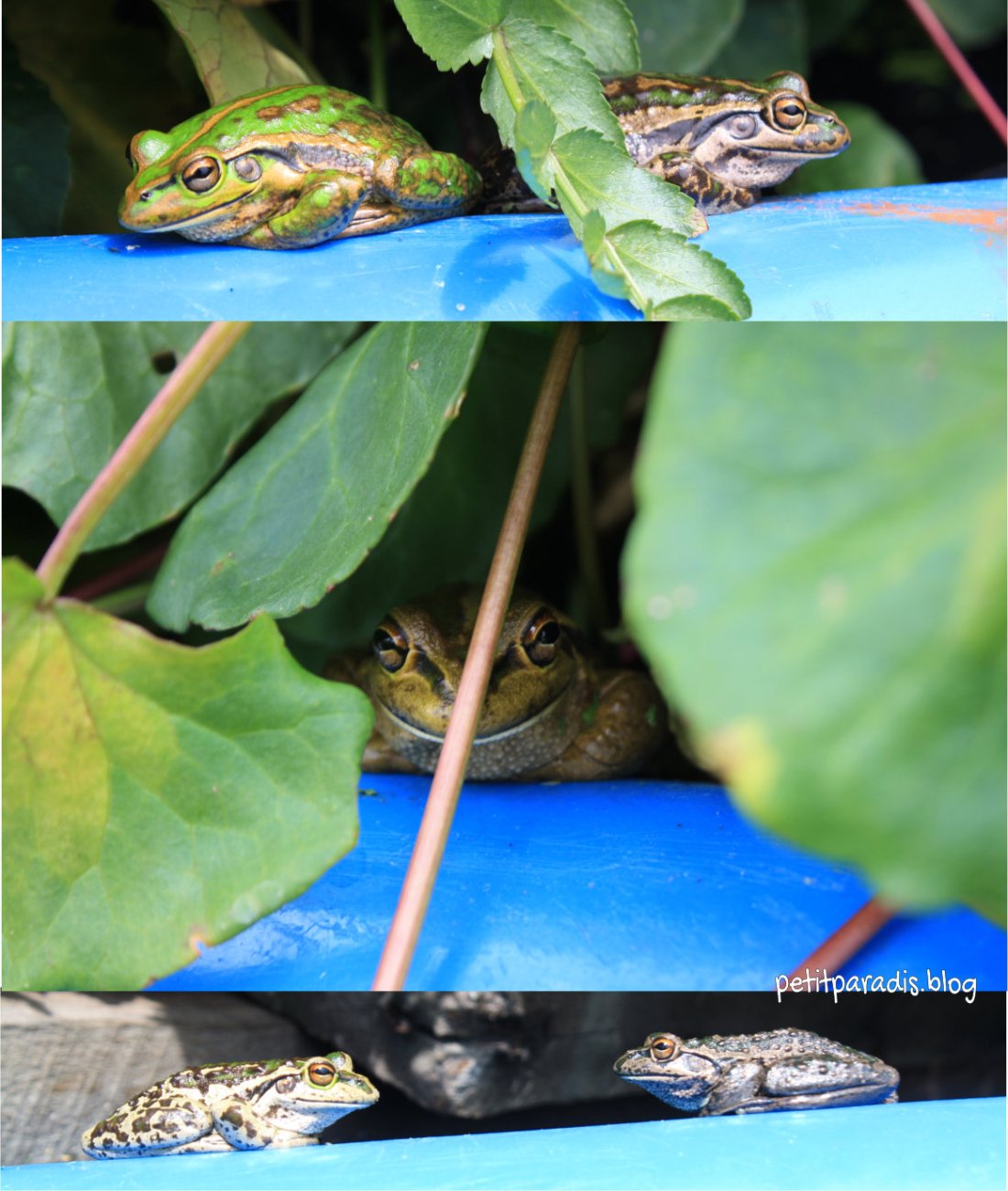 The Grey fantail has made the odd appearance in the back yard, though seems to have disappeared the last few days. Finches and wrens have continued their venturing and morning or evening forays into the garden for feeding. They are absent during the heat of the day.

We have also had large flocks of White-tailed Black Cockatoos milling around. I’ve not seen such large numbers for a LONG time. I counted a flock the other day of what I estimate was around 60. A smaller gathering of twenty odd made a large ruckus the other evening across at the park. They do not roost there as the spot is really only suitable to the galahs and cockatoos, but a brief stop for a rest wasn’t out of the question.

With the cooler evenings the birds are shifting. Kookaburras calling in the darkness. Galahs becoming restless and the Boobook calls from the hillside somewhere.

We’ve even had around 120-130 ibis circling the air above the park of an evening before what I imagine was a quick return to the swamp to settle down for the night. 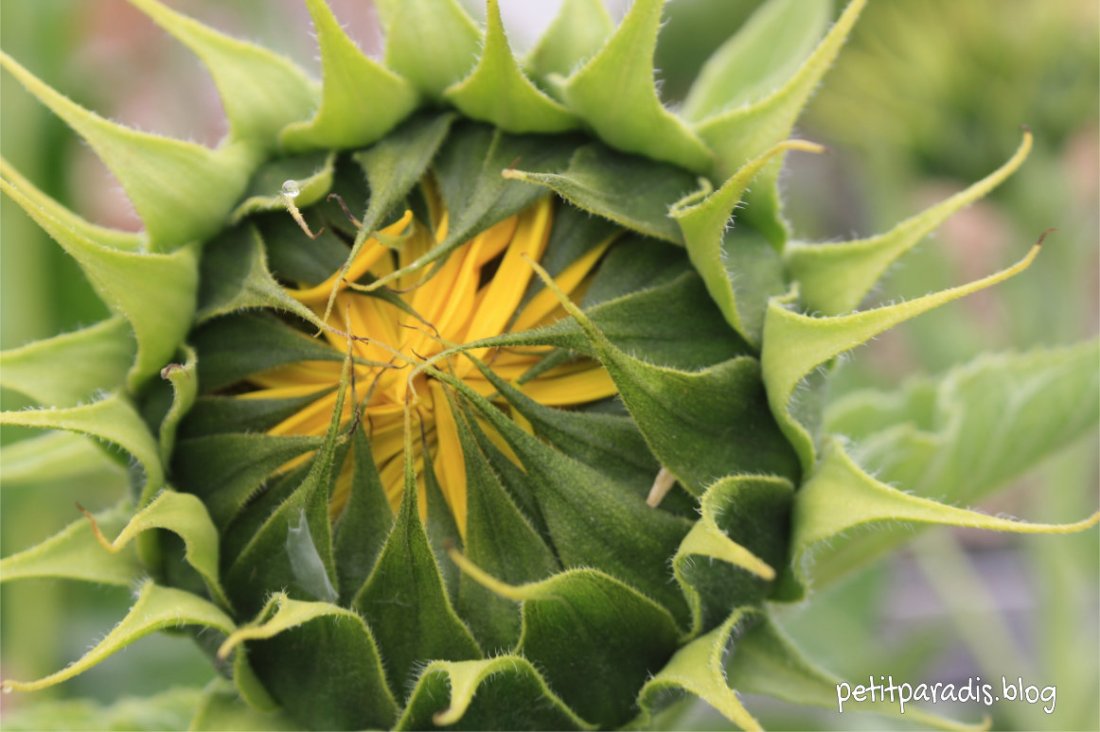 Sunflowers and corn are starting to flower whilst the lovely stand of Dill I had growing has dried to a satisfactory copper colour and begs for harvest along with the beans.

The garden is so dry and desperately needs the nurturing hand of someone that can read its signs. My wife has done well to keep it going whilst I have not been able to tend it, but it is starting to get that tired, end of summer look and I am quietly aware that as my holiday leave draws nearer, there will be plenty of time then to revamp the garden for autumn, in readiness for winter.

We hope to have the back area paved shortly. I need to get the area ready and free of plant pots and large containers that are stored there. It will be so fantastic to have it finally paved and will become an integral part of the household as it will be our Zone One, in permaculture speak. 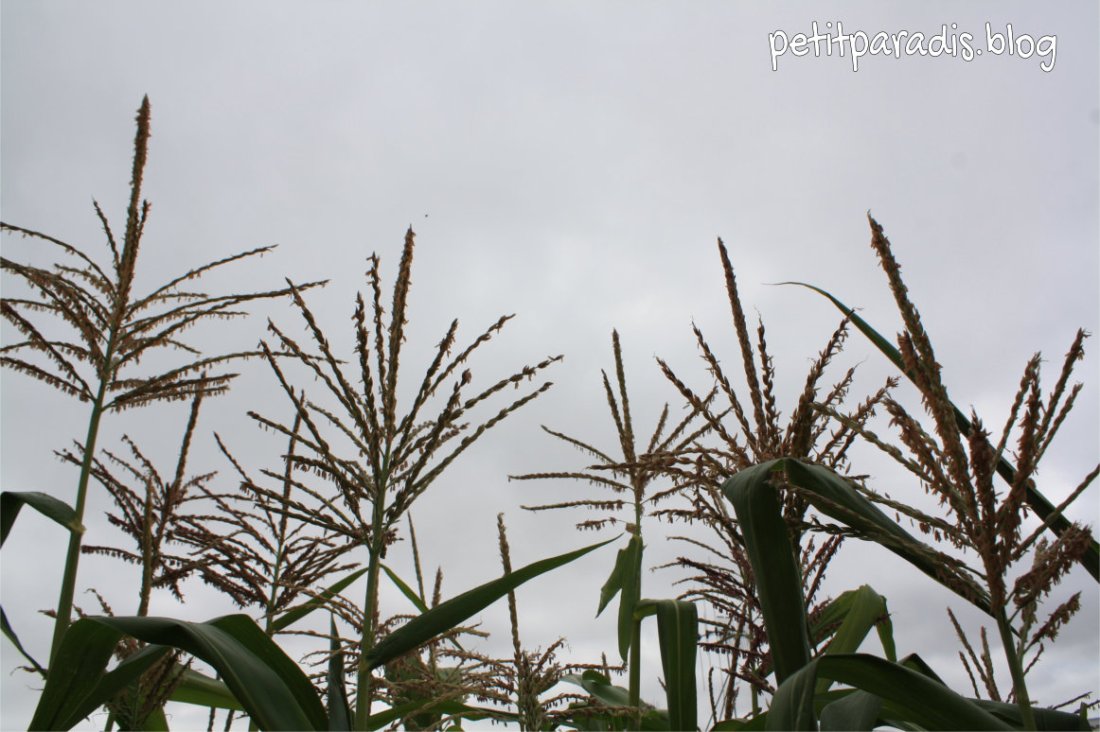 I guestimate that I will have enough of a decent harvest of seeds to be able to keep a reliable few patches of salad plants turning over during autumn and winter. Most of my lunches last year were provided just from salad from our front garden. Lettuce is struggling in the heat at the moment and through inconsistent watering and poor soil structure, but I have seedlings started to fill the spaces when the opportunity presents.

And with the whiff of a change of season that comes with the cooler nights and the dry, dustiness of summer days, the Muse is shifting her feet. Restless also, like the birds. She smiles at the way things are shaping up in the garden and the playfulness of the newly born guinea pigs. They came into the garden around last Saturday night.